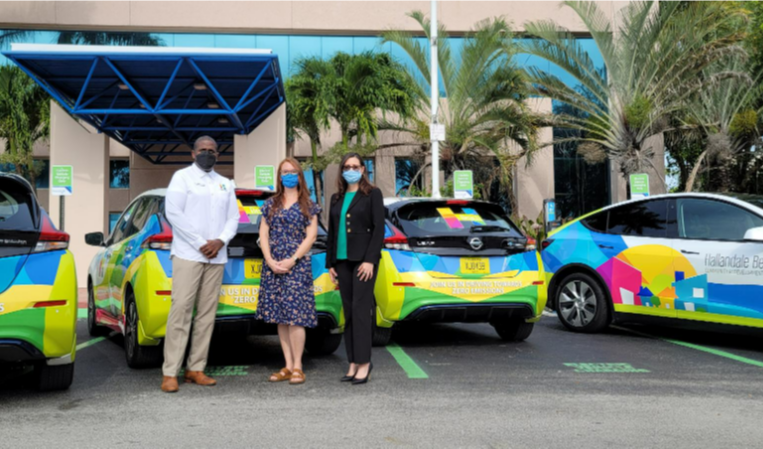 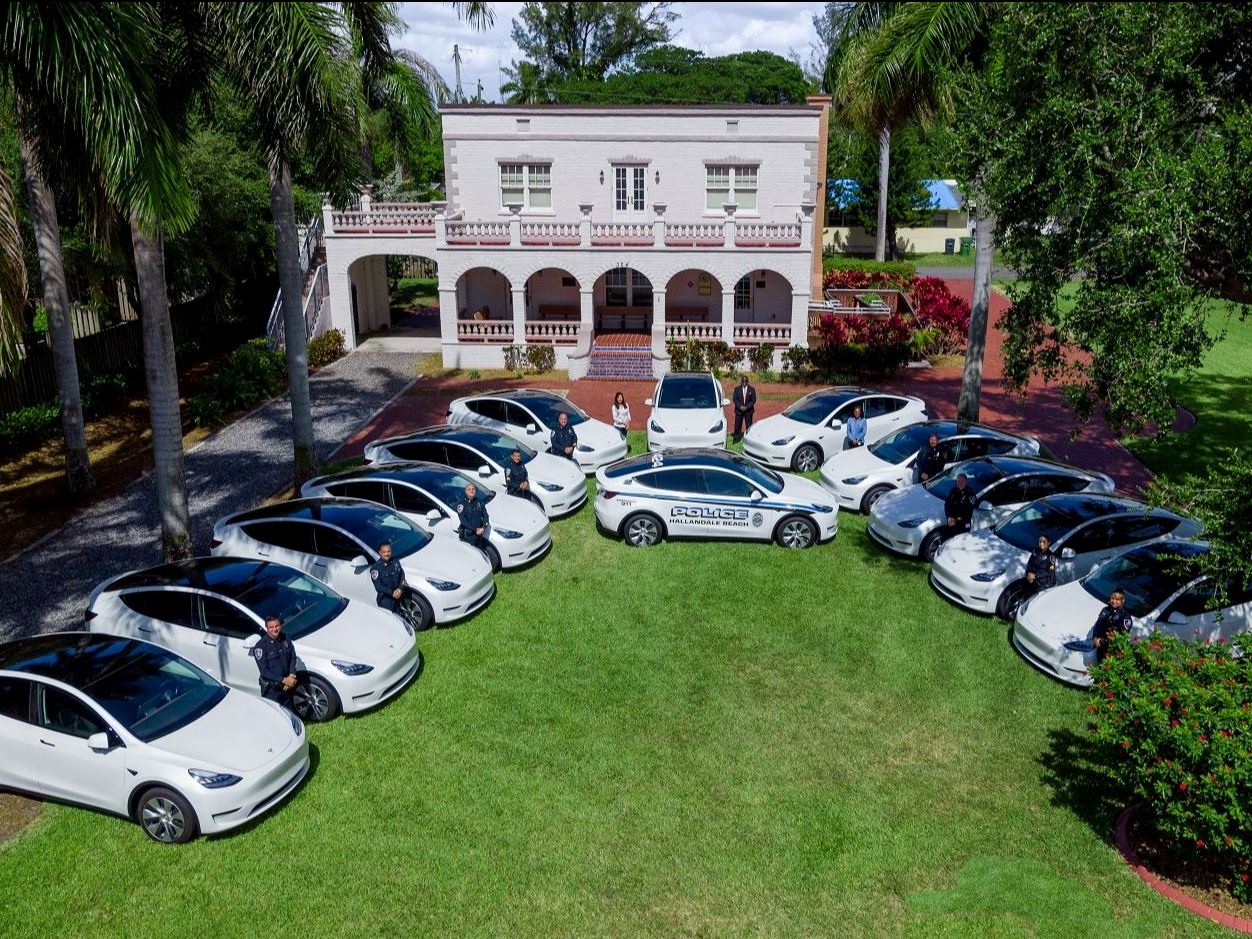 The City joined the Race to Zero in 2021 by committing to reduce our greenhouse gas emissions 50% by 2030 and becoming Net-Zero by 2050.  Transitioning the City's fleet to electric vehicles is included in the City’s 50 by 30 Climate Action Plan.

In 2021, the City ordered 13 Tesla Model Y vehicles for the Police Fleet.  These vehicles were placed in service in June, 2022 making it the largest Police electric vehicle fleet in the country.

The City remains on track to have an all-electric fleet of mini-busses in circulation throughout the City in Fiscal Year 2023/2024.

The resale value also comes into play with the City’s decision to go electric.  For example, Teslas will be almost 1.8 times as valuable as the gas option when the City auctions them off at their end of life.

The City utilized a mix of funds, including federal dollars to make EV fleet purchases possible.  The funds covered approximately 55% of the cost of the Teslas purchased in 2022 and the hybrid vehicles currently on order.

With the recent conversions to EV and Hybrid fleet, the City is reducing their fleet related emissions by approximately 600 metric tons annually. That is equivalent to 117 homes worth of annual electricity each year.

According to a recent survey, electric vehicles cost up to 31% less to service than an internal combustion engine vehicle.  Both repair and maintenance costs are anticipated to be lower with an electric vehicle.

In 2021, the City installed seven (7) total Level 2 Electric Vehicle (EV) charging ports on City properties. Six (6) of the seven (7) are open and available for public use. Those public charging ports include four (4) at City Hall (provided via FP&L's EVolution program) and two (2) at Golden Isles Tennis Center.

Through a partnership with Florida Power and Light, four (4) dual-port Level 2 Charging stations are being installed to support these EVs at no construction/ installation cost to the City. The chargers are connected to existing back-up power, ensuring that the vehicles can be operational even in the event of a power outage or hurricane.

Currently the City has nine (9) other Level 2 charge ports on City properties which these and the City fleet’s other four (4) EVs can also utilize. An additional eight (8) electric vehicle charging stations were installed at City Hall at no construction/ installation cost to the City under an agreement with Florida Power and Light. 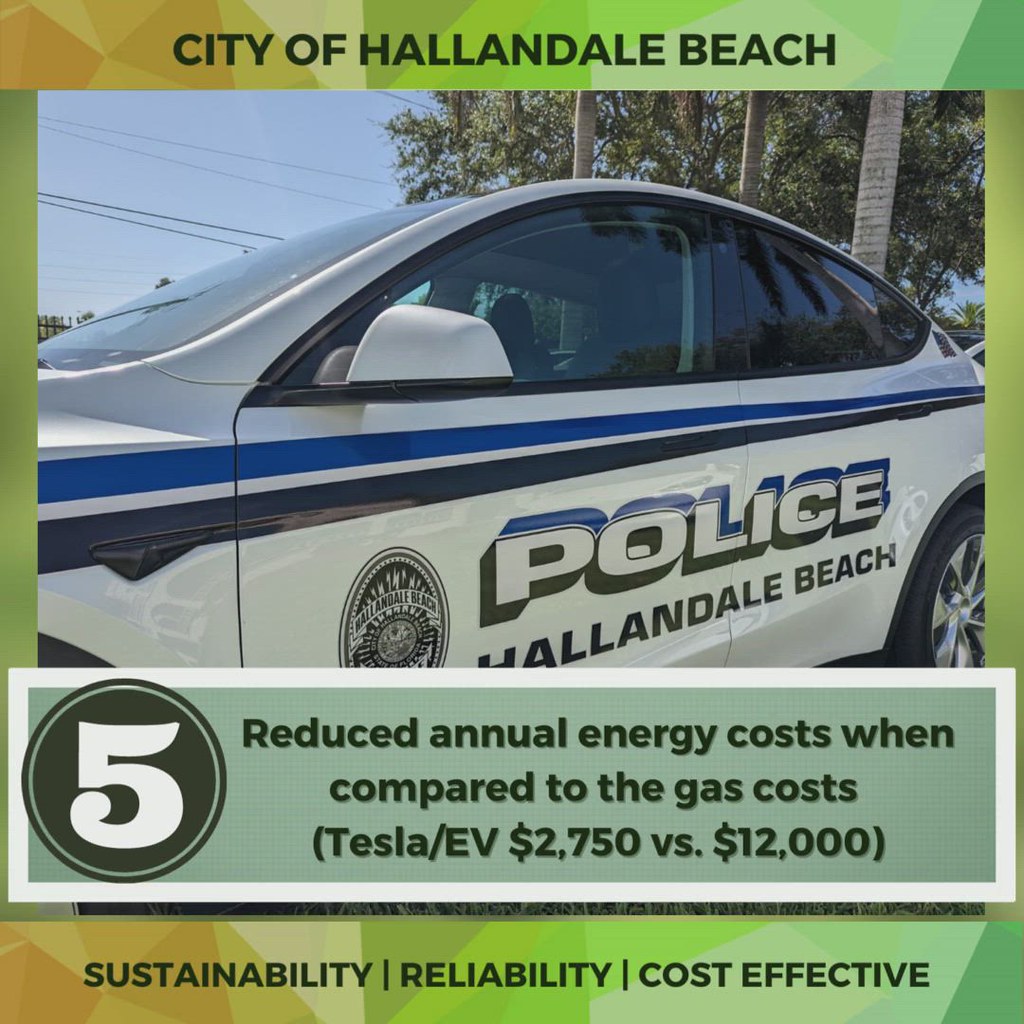